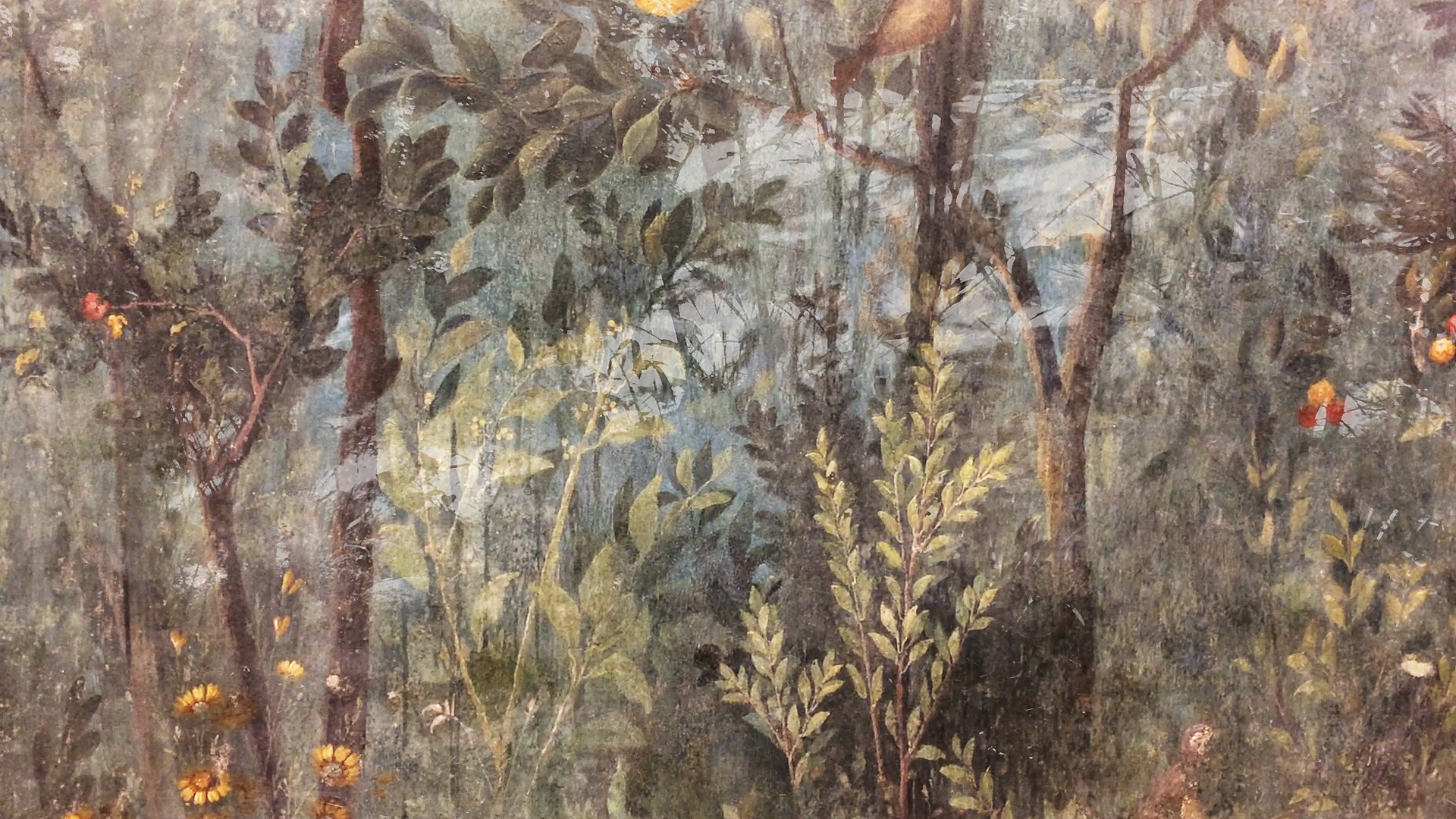 The Roman-antique frescoes of the Villa di Livia in the Museo Nazionale Romano form the basic motif for the video PASSING THE GARDEN by Monika Huber. These wall paintings show an illusionistic garden space. Surrounded by a low wall, an ancient garden of paradise, a hortus conclusus, is depicted. Lush green plants, blossoming flowers, fruit-bearing trees and chirping birds promise happy times in ideal beautiful nature, in a locus amoenus. This emphasizes the diversity of the plants depicted: To be identified are pines, quinces, pomegranates, ivy, acanthus, cypresses, date palms, oaks and firs.

Artist Monika Huber has interwoven photographs, video recordings and drawings of the ancient frescoes with photographs and videos of intact and destroyed nature. What appears natural at first glance turns out to be artificially generated. Slowly, the images change their state, moving between reality and fiction. Experimental, meditative music accompanies the process of change. Nature seems to be permanently in motion, metamorphosing, darkening, brightening again, always creating a new state. It is often impossible to distinguish:  What is real, what is fictitious? In her video Monika Huber visualizes the fragility and vulnerability of nature in our time of climate change with the expected serious changes for us humans and our environment. Desirable would be an only approximate appreciation of nature as it is echoed in the ancient paradisiacal green garden image.

The garden frescoes in the Villa di Livia

The Villa di Livia was built at the end of the 1st century BC north of Rome in the present-day Prima Porta district. It was the country estate of the first Roman emperor Augustus (r. 31 BC-14 AD) and his third wife Livia Drusilla (58 BC-29 AD). The villa, which has not been fully excavated to this day, has become famous because of the wall paintings in the garden hall. They were removed on site in 1951 and rebuilt in the Museo Nazionale Romano in the Palazzo Massimo in Rome.

The house garden in Aschaffenburg

Monika Huber's video is directly related to the wall painting in the house garden (viridarium) at the Pompejanum in Aschaffenburg. The garden is planted with laurel trees and other Mediterranean plants. In large Roman-ancient town houses, such an inner garden is surrounded on all four sides by a peristyle. In smaller houses - and so also in the Pompejanum - the viridarium is, for reasons of space, bounded on three sides by walls with half-columns in front. The rear wall is painted with illusionistic motifs such as fountains, birds, trees and flowering shrubs. They visually enlarge the house garden and simulate an ideal garden landscape. Only the naturalistic view of a sea bay did not exist in ancient garden frescoes. It is an invention of the middle 19th century. The Munich landscape painter Emil Theodor Richter created the painting in 1850. In 1992 it was repainted by Klaus Staps.

Further Information (in German) on the art project PASSING THE GARDEN:

lives and works in Munich 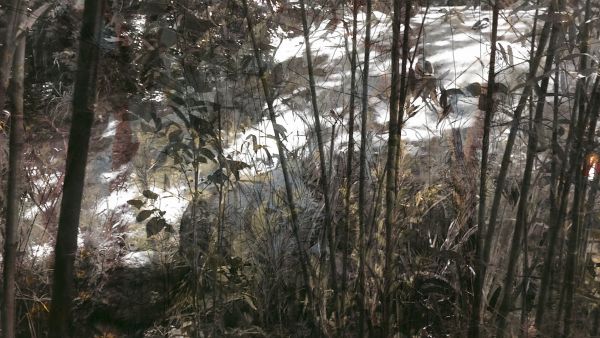 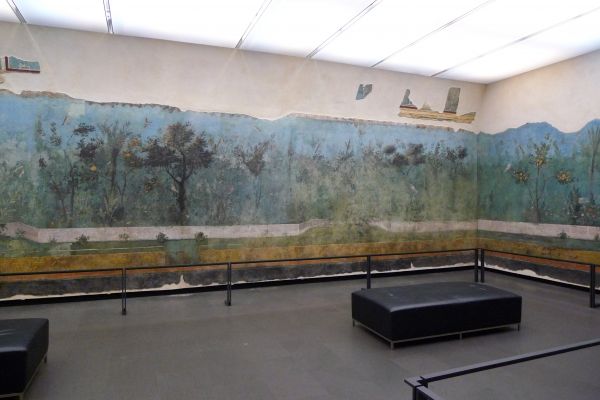 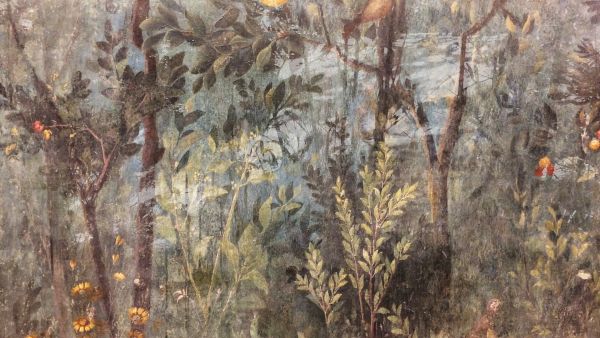 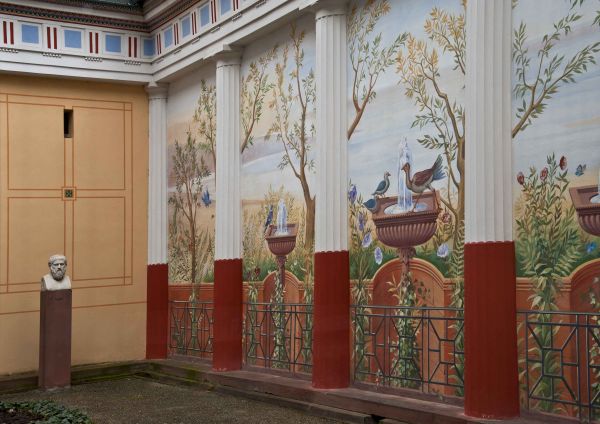 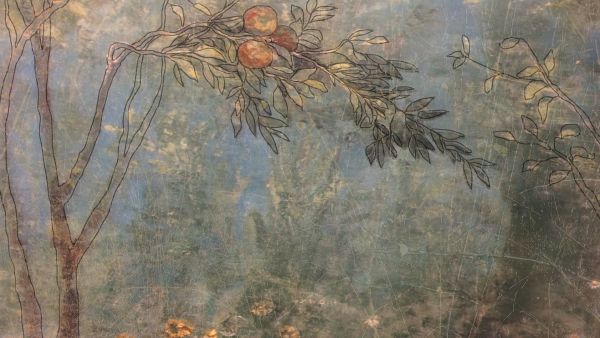 You can always find all information about the hygiene measures to be observed as well as about the possibilities of an incidence-dependent necessary advance notification → here.