In antiquities collections around the world – as well as here in Munich – figuratively painted Greek pottery is predominant, but we must realize this does not reflect real life in ancient times. Unadorned tableware was used in the everyday life of that period. In addition, black painted pottery, in which decorative elements were greatly reduced, became fashionable over the course of the 6th century BC. So-called black gloss pottery experienced a heyday in the 5th and 4th centuries BC, the time of classical Greece. Its design reflects the contemporary ideal of balanced proportioning and powerful tension. Technically, these black vessels look like independent masterpieces to us but are in fact everyday objects in which the combination of sophisticated design and smart functionality fulfil all modern design benchmarks.

The fascination of Greek black gloss pottery is based on the combination of elegant shape and perfect surface design. With the pure black vessels, our impression is dominated by the contours. They impart the appearance of tautness that counteracts the burden of gravity. Individual parts of the vessel, such as handles, bases, or necks, are prominently contrasted, thus becoming functional components whose tasks are evident at first glance.

To arrange a blank space decoratively with a pattern, to give it a structure that offers support to the eye of the beholder, is a basic human need, which, however, conflicts in some ways with the desire for clarity and transparency. This is manifested also in the field of black gloss pottery in constantly changing fashion trends, which allow us, on the one hand, to assign the vessels to various periods and, on the other hand, to reflect on the reasons for these changes.

Early decor limits itself to bands on a plain surface or to lines in red and white applied in additional colours. Typically, these refer to the structure of the vessel, as they emphasize the handle, base, or rim. In the 5th century BC, stamped decoration emerged, in which individual motifs such as palmettes were pressed into the still damp and therefore soft clay after forming. Impressed lines can be combined with the stamped motifs into complex decorative systems. In addition, larger areas can be configured, for example, by ribbing, which gives the vessel a metallic character. In the late classical and Hellenistic periods, the decor is continually increased and the clear styling is abandoned in favour of elements that are more fanciful. Simplicity is no longer fashionable. 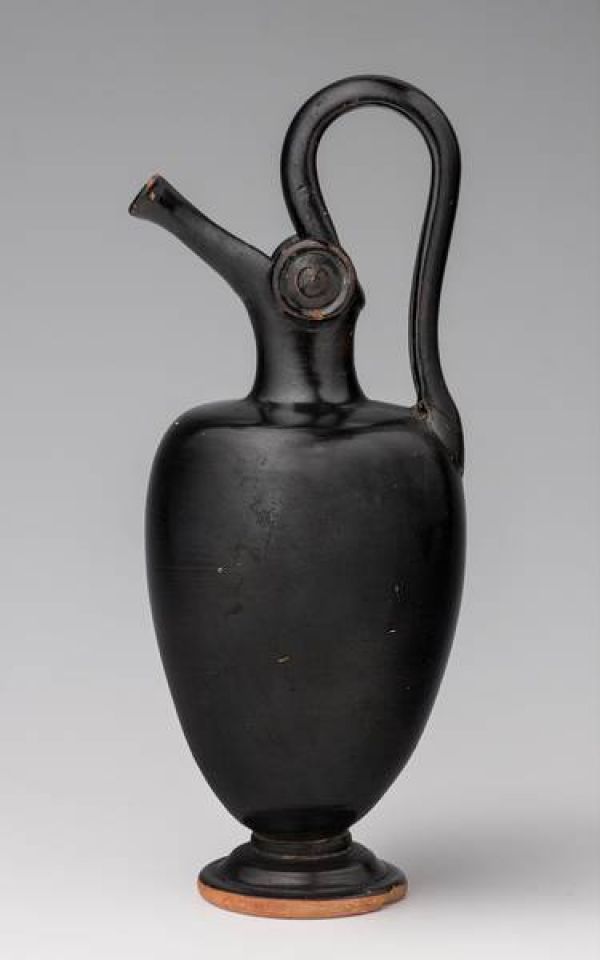 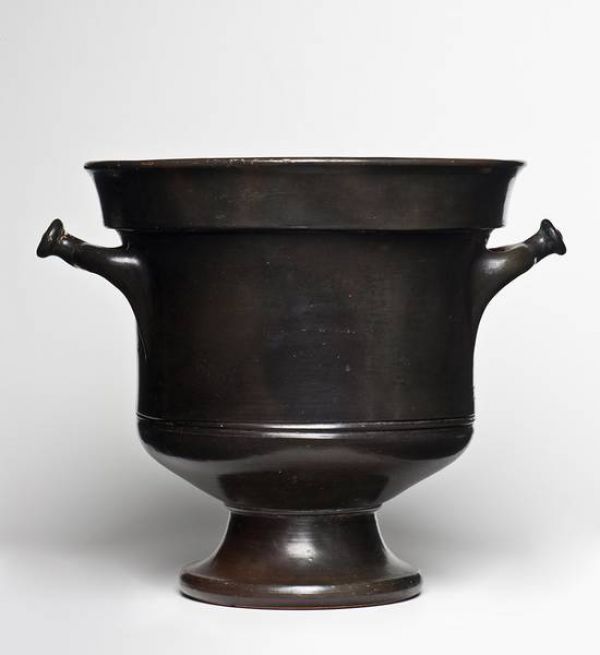 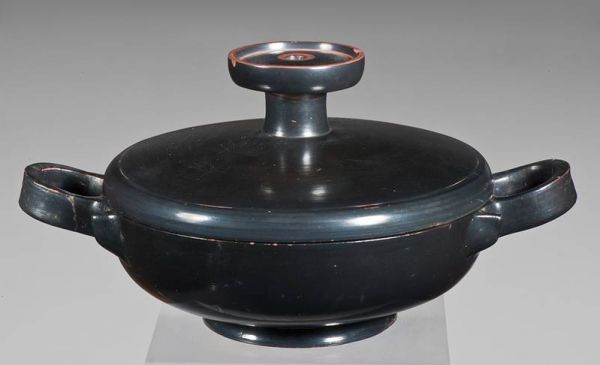 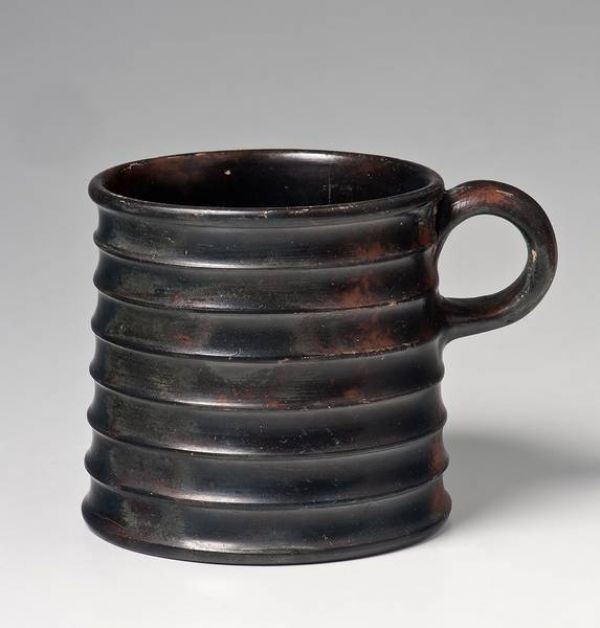 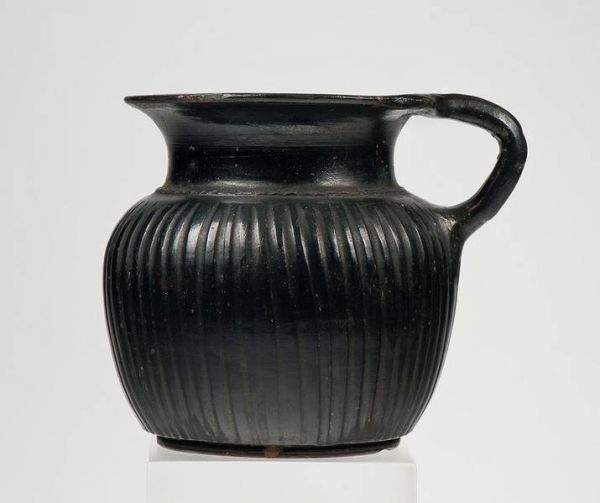 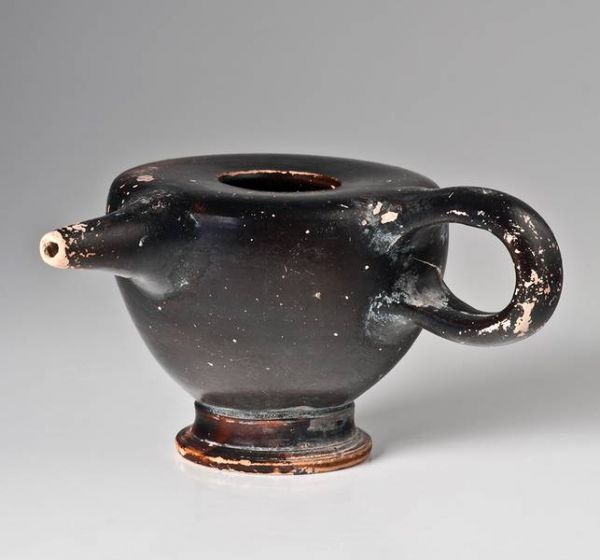 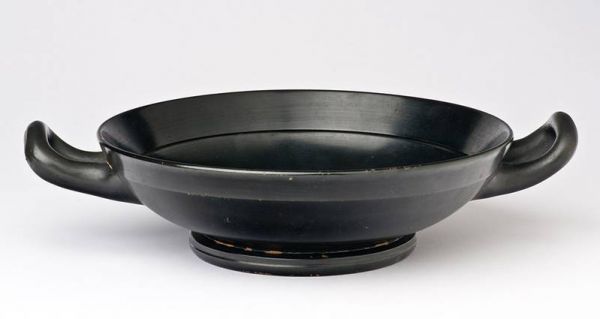 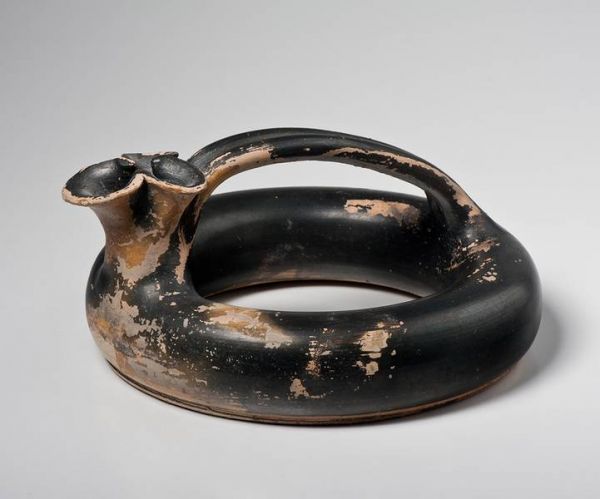 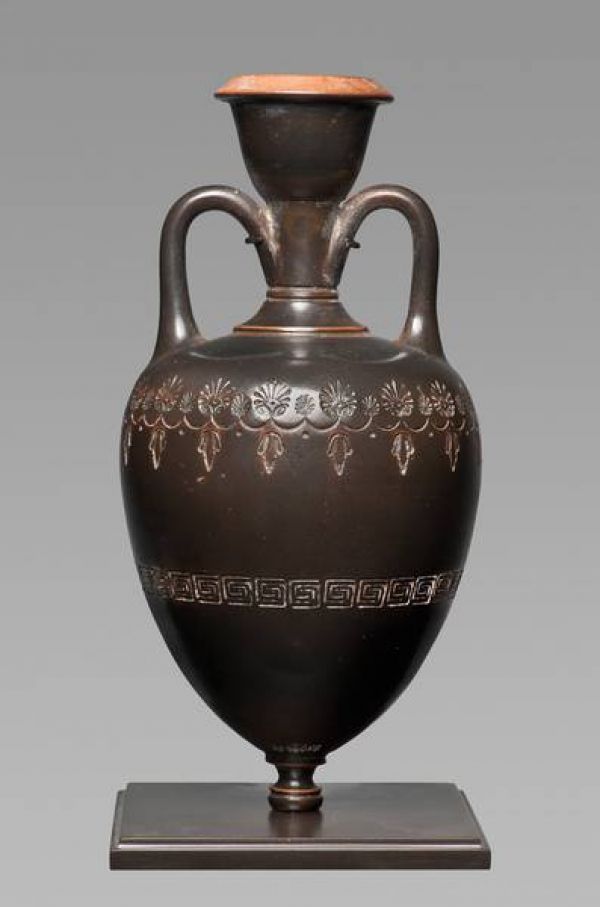 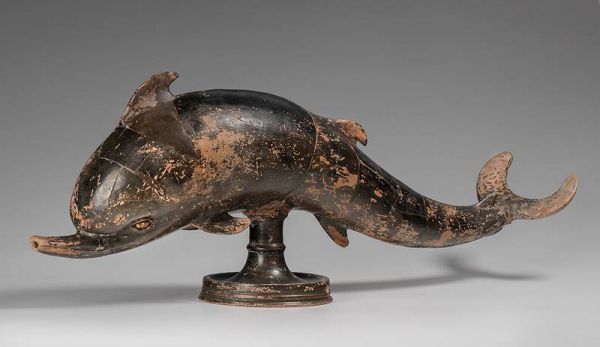 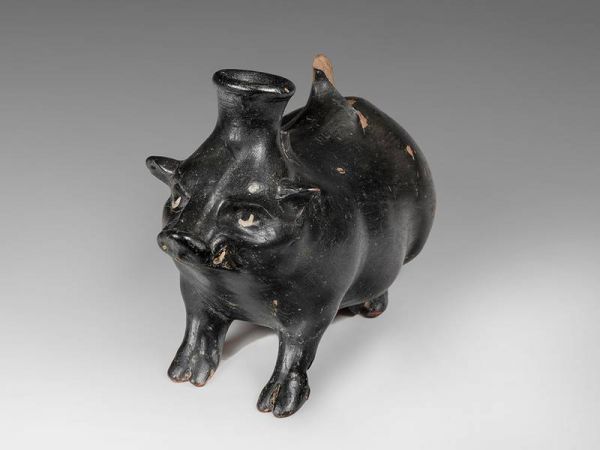 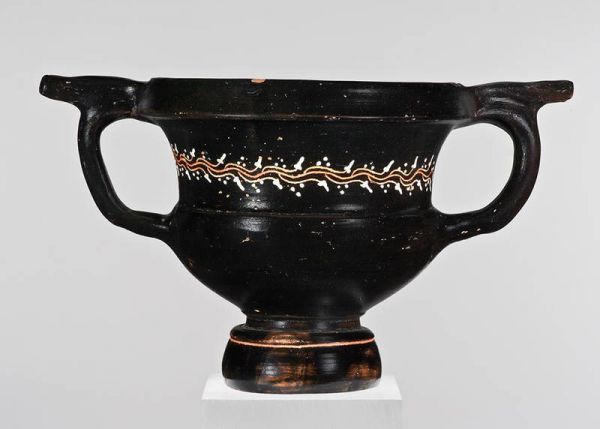