The State Collections of Antiquities are housed in the building built by Georg Friedrich Ziebland (1800-1873) on the south side of Königsplatz. Together with St. Bonifaces's abbey and basilica that were also planned by Ziebland the building was constructed between 1838 and 1848.

The high base of the building and the wide façade with its many steps and Corinthian columns raise the building high above the square. In the centre of the pediment stands Bavaria as renewer and protector of the arts. As centre acroterion, the phoenix - a symbol of reincarnation - towers over the roof.

The building fulfilled its original function as "art and industrial exhibition building" only up until 1869. Following its temporary use by the Royal Antiquarium until 1872, the building was then used by the Munich Secession between 1898-1916 to exhibit contemporary art. Subsequently, up until the end of the 2nd World War, the building was used by the Neue Staatsgalerie.

The war damage primarily affected the interior of the building, which as a result had to be gutted. In 1967 it was reopened as exhibition building for the State Collections of Antiquities. 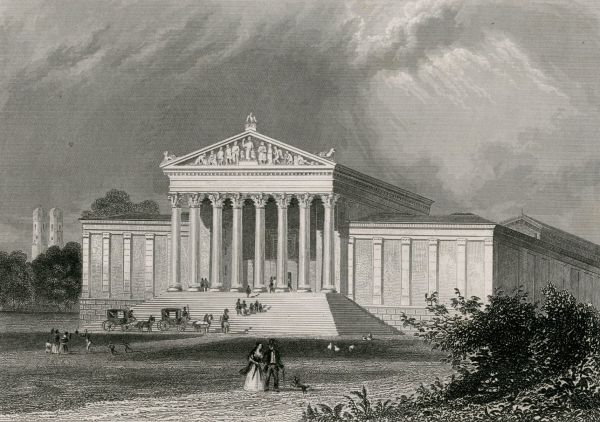 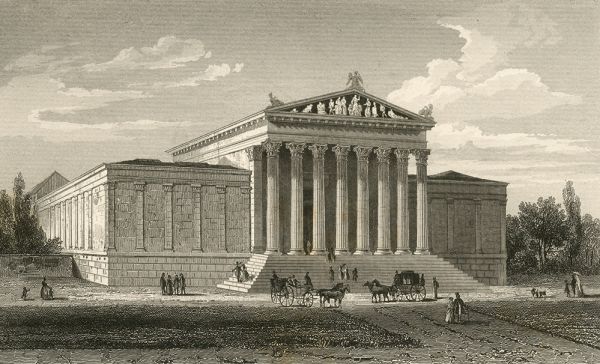 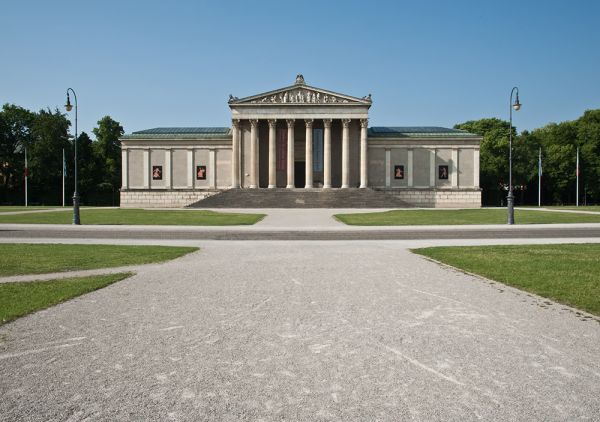 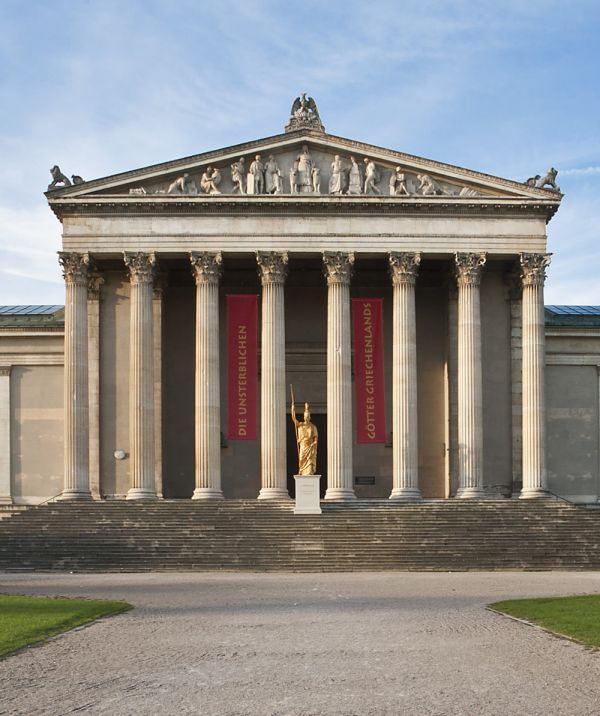 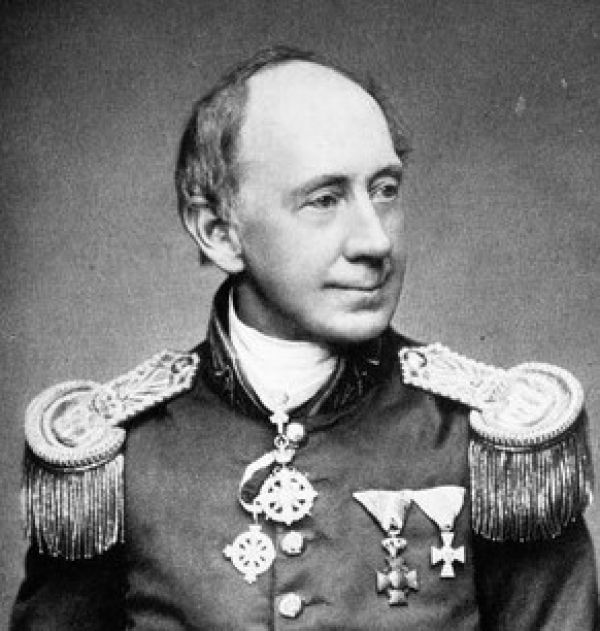 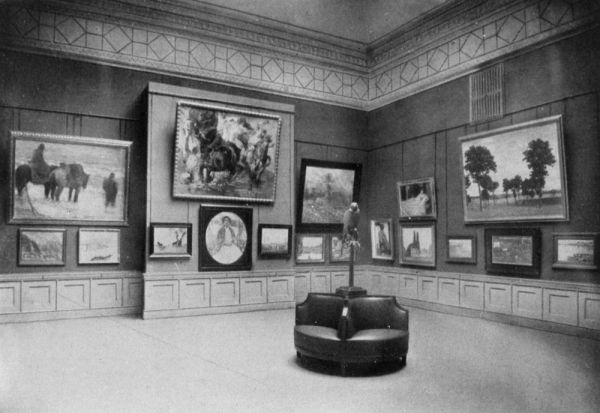 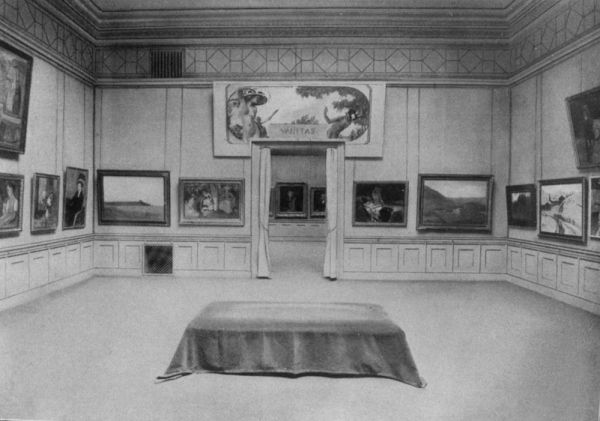 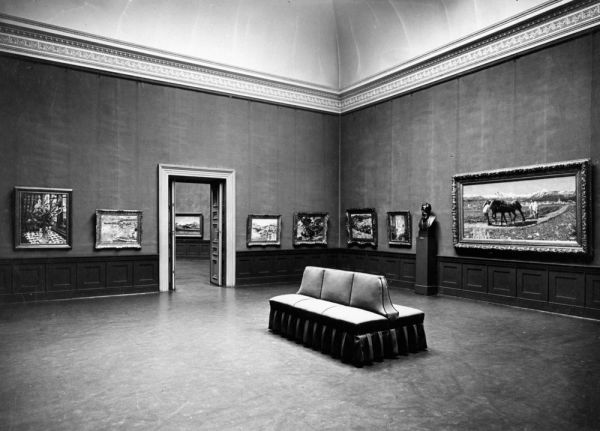 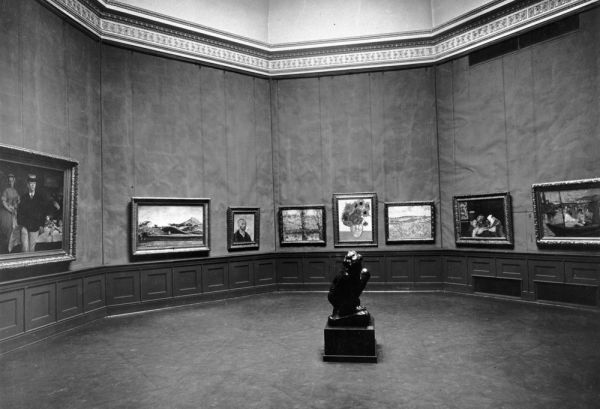 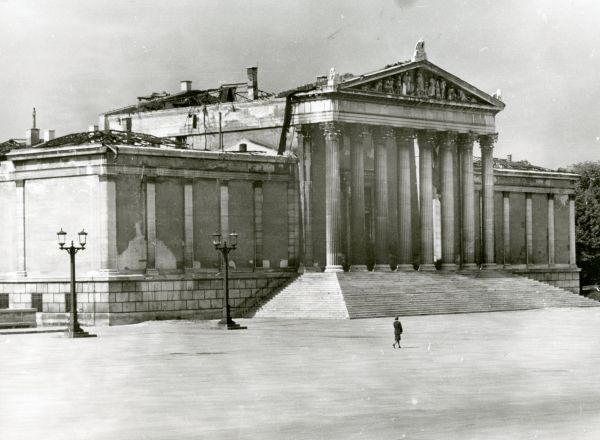 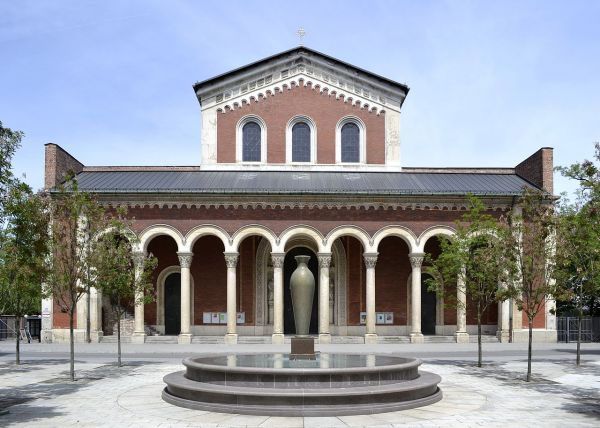 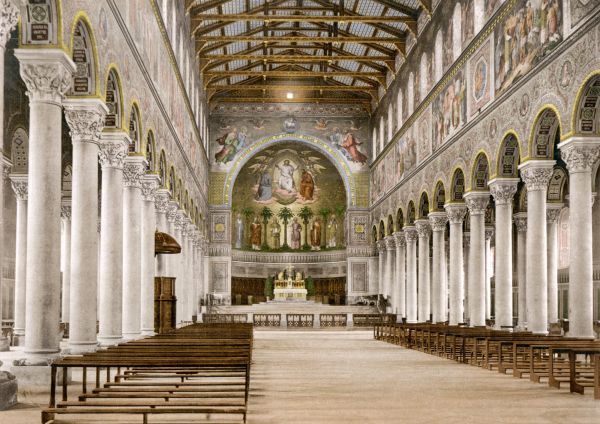