The Glyptothek owes the extraordinary quality of its exhibits to its founder and benefactor: Ludwig I (1786–1868), King of Bavaria from 1825 to 1848, wanted to acquire only top-quality antiques for his museum.

That he actually managed to do so can be credited to his art dealer, Johann Martin von Wagner (1777–1858), who combined an unerring eye for antique art with brilliant scholarly talent and great commercial aptitude. So in a very short time between 1810 and 1820 an inventory of first-rate sculptures was created: this was subsequently enhanced with further specific acquisitions.

The time period of the antique originals spans from the Archaic period (6th century BC) through the Greek Classical period (5th/4th century BC) and the Hellenistic period (3rd–1st century BC) right up until the Roman Empire and the Late Antiquity (1st–5th century AD). Alongside the sculptures that at one time adorned sanctuaries and public places and buildings or served as funerary monuments, the marble sculptures in the Glyptothek also include numerous portraits of prominent ancient poets, philosophers and rulers, from Homer to Plato, from Alexander the Great to Augustus and Marcus Aurelius.

In the Archaic period around 650 BC, the Greeks began to create monumental marble statues of young women and men. They are known as "korai" and "kouroi", which in Greek means as much as "girls" and "youths". Right from the beginning, the human being in its vitality and individuality is the major theme of Greek large-scale statuary art.

Kouroi always have the same stance: The left foot is set forward. The weight of the upper body is distributed evenly between the two legs, so that there is no shifting of weight in the figure. What is depicted here is agility, not emotion. Consequently the arms hang closely to the body, the fists are closed. The head is directed forward, the gaze is straight ahead. The face, with the corners of the mouth slightly upturned – which is known as the archaic smile – and the clear cut, arresting eyes addresses the beholder directly.

The human body is captured in accurate anatomic detail. Yet stylised features such as on the costal arch or the abdominal muscles indicate that what was important for the Greeks was always an ideal – not a naturalistic – depiction of man.

The "kouroi" are naked: Physical beauty was high on the Greeks' scale of values and together with intellectual assets belonged to the ideal of an overall admirable person. "Kalós kai agathós" - "beautiful and good" - is the Greek phrase that sums it up.

Sculpture in the Classical Period – The Pursuit of Proportion and Harmony

The most noticeable difference with respect to the sculptures of the archaic period is the new posture: Whereas in the archaic statue the weight was divided equally between the two legs, now the torso is borne by the mighty "supporting leg", while the "free leg" which is set sideways or slightly to the rear, merely stabilises the delicate balance of the figure. The upper body makes a counter movement. This new style is known as "contrapposto".

This change in posture leads to movement in the body. Muscles are now stretched or contracted. The interdependence of the various parts of the body are therefore clear to see. At the same time, various sections merge quite effortlessly, the axial symmetry of the archaic era no longer applies.

Contrapposto and the attendant motion that engages the entire body are the artistic means of expressing vitality in general. This motion is not spontaneous; action is not what counts here. By differentiating between active and passive parts of the body it becomes clear that man is deliberately holding his own against all odds.

Hellenism – The Heightening of Expression

The period between the death of Alexander the Great (356–323 BC) up to the conquest of the entire world of Greek states by the Romans (30 BC) is known today as Hellenism. In the sequel to Alexander's campaigns, Greek thought and Greek culture spread as an aftermath across what was known at the time to be practically the entire world and now reached other races, which assimilated not only the Greek language, but also art, philosophy, science, religion, mythology and much more besides. Conversely, the Greeks away from home opened up even more to the influences of other cultures.

In Hellenism, the standards for artists become less important, artists now take their inspiration from the cornucopia of life. In the Classical period, the focus was on the physique, functionality and arrangement of the human body. Physically ideal bodies were in demand. After the 3rd century BC, however, the focus is on what is individual and distinctive. Even imperfection is now portrayed: old people, children and invalids. Man is now depicted in many forms. In Hellenism, artists also take a look behind the outer façade. Physical states are meticulously interpreted: drunkenness, agitation, pleasure, desire and suffering. At the same time all possibilities for rendering the texture of skin and garment are exhausted.

Roman Art – Between Greek Legacy and Own Tradition

In almost all areas, Roman culture fed on Greek sources. This was true not only for literature, natural science and philosophy, but also for fine arts. The Romans valued in particular the works of Classical Greece as authoritative archetypes for their own artistic work. In doing so, they made a significant contribution to the preservation of these works. For the originals, which in most cases were made of bronze, have generally gone missing, so that only the Roman copies are left to give us an idea of what they used to look like. We owe therefore our knowledge of Classical Greek sculpture for the most part to the work of Roman copists.

Nevertheless, the Romans also produced their own independent accomplishments in the artistic field. Portrait art in particular is an area in which Roman sculpture exceled – inspired by Greek examples.

The predilection for portraits was strongly nurtured by the ancestor veneration of the Romans: images of the ancestors were kept in special shrines in the house in the form of wax or clay masks. These masks are probably the root of the development of Roman portrait art. By the 1st century BC at the latest, it was customary amongst the rich and influential citizens to have marble effigies made of oneself. High-ranking politicians and above all the emperor used these portraits, of course, primarily for propaganda purposes. 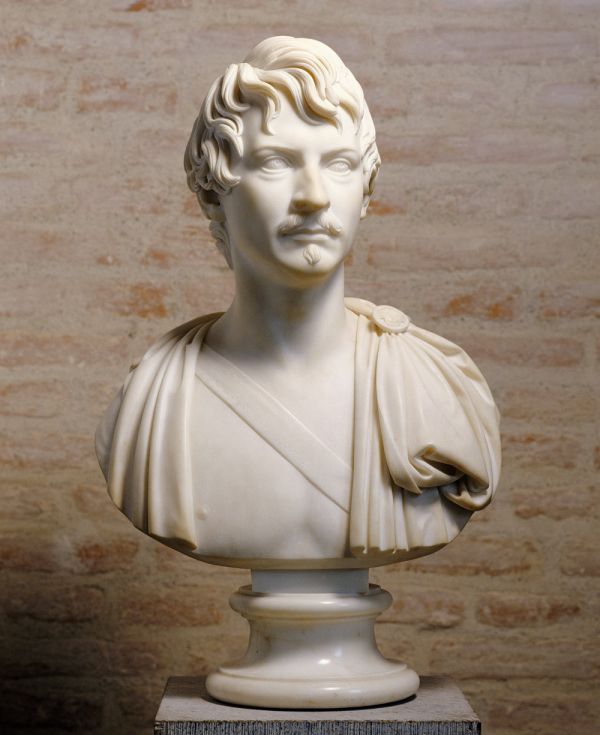 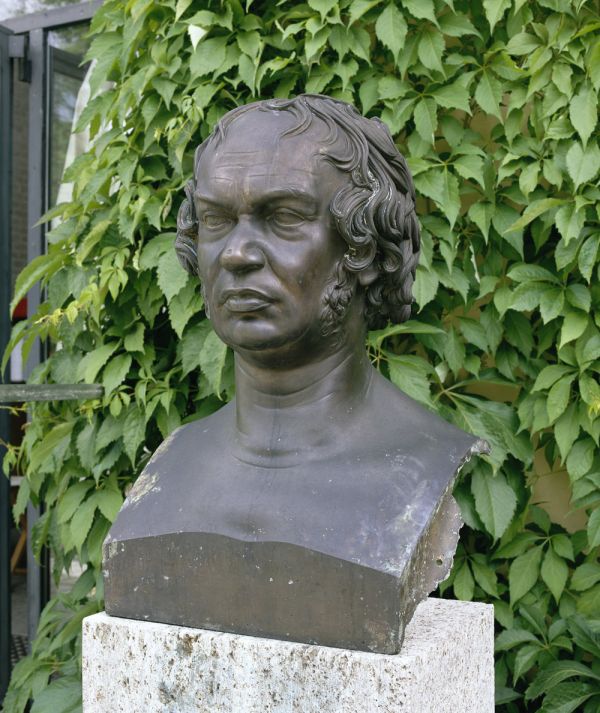 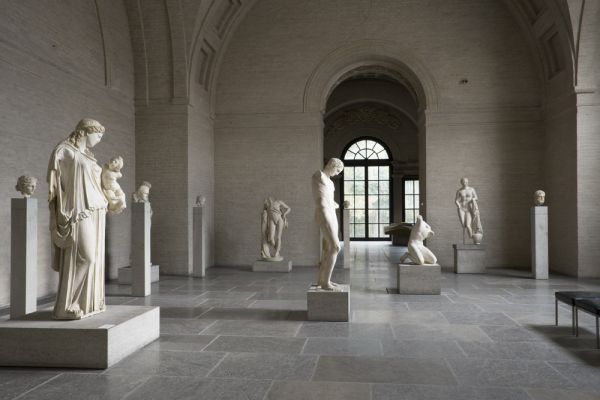 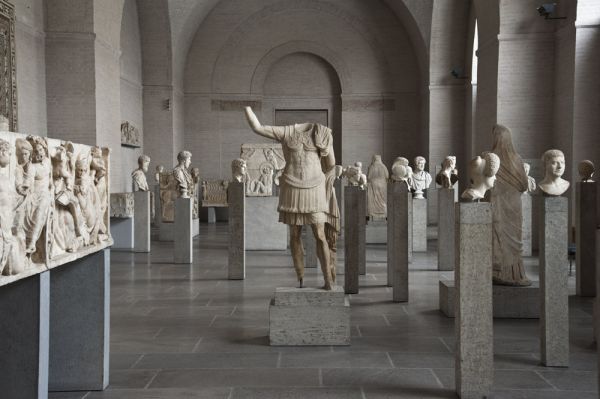 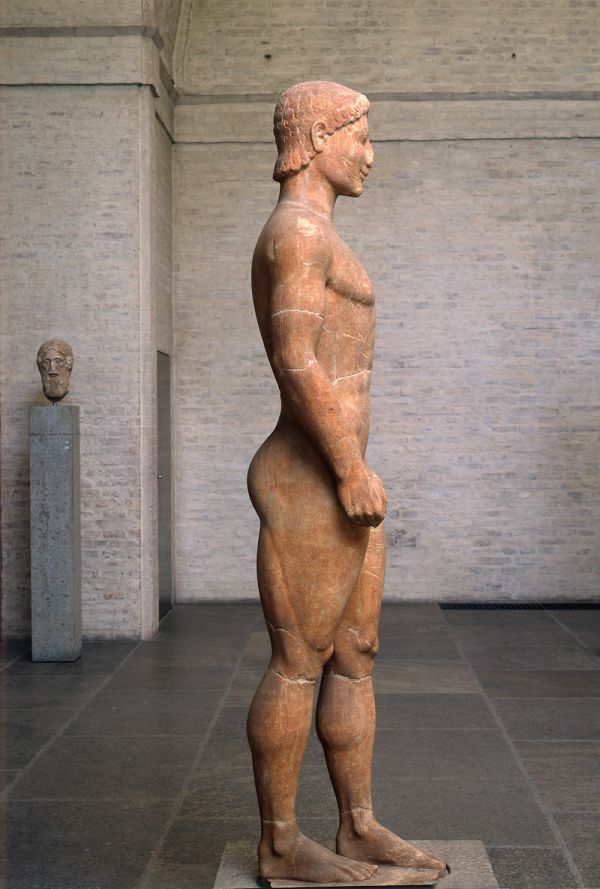 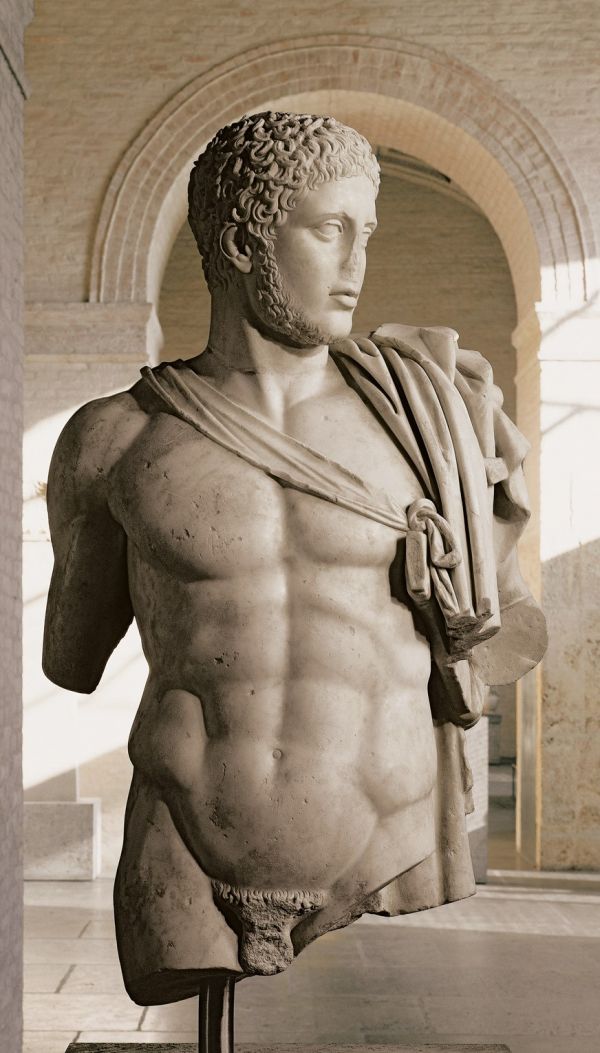 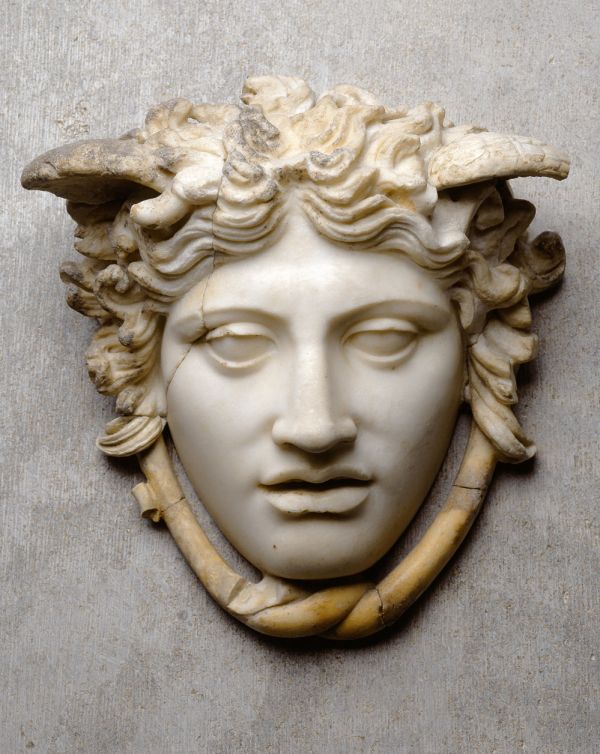 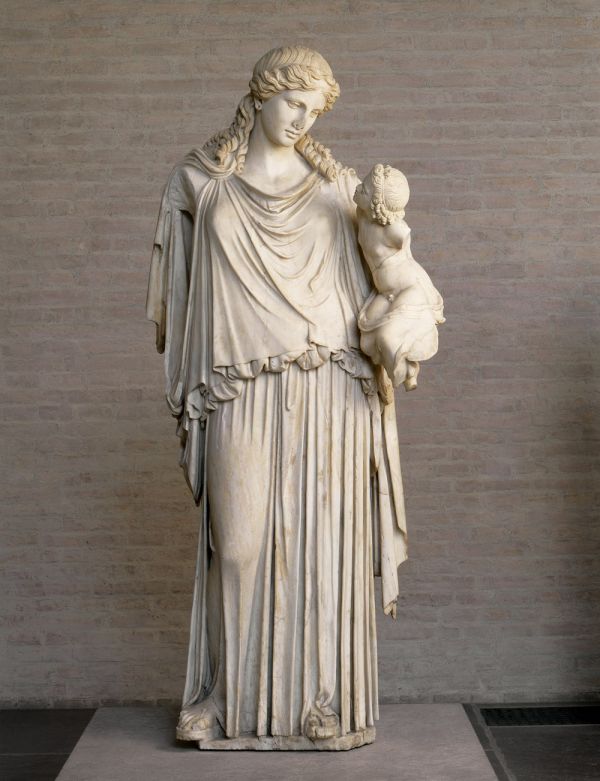 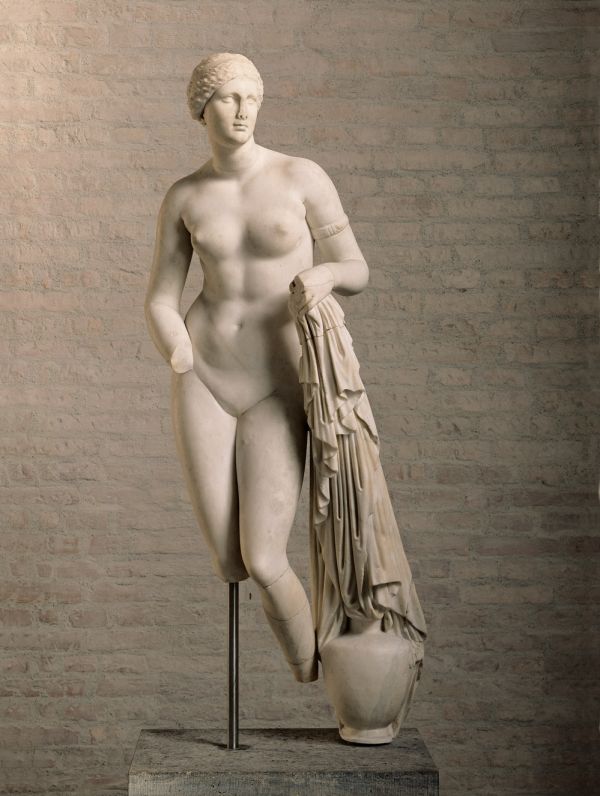 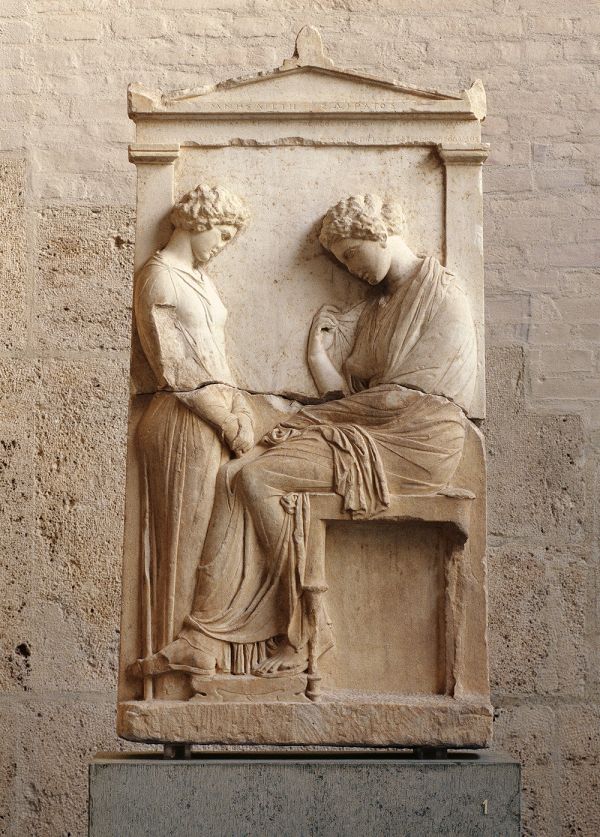 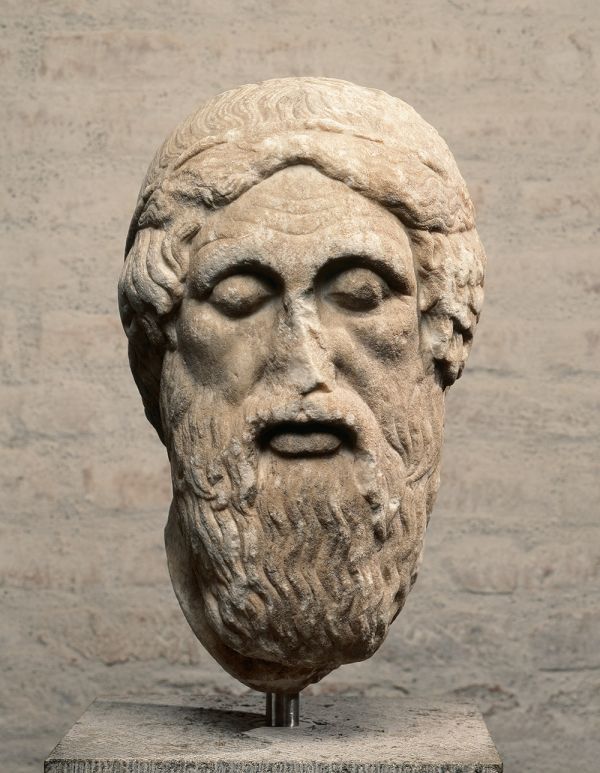 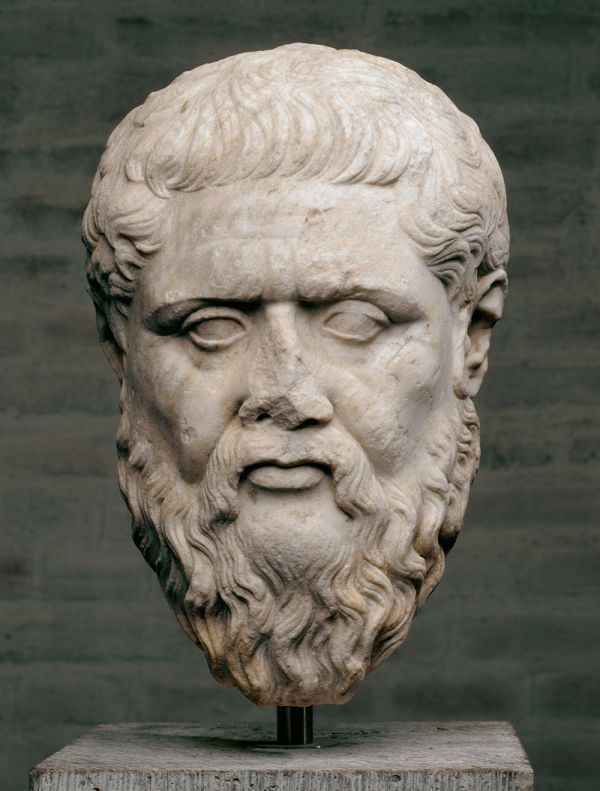 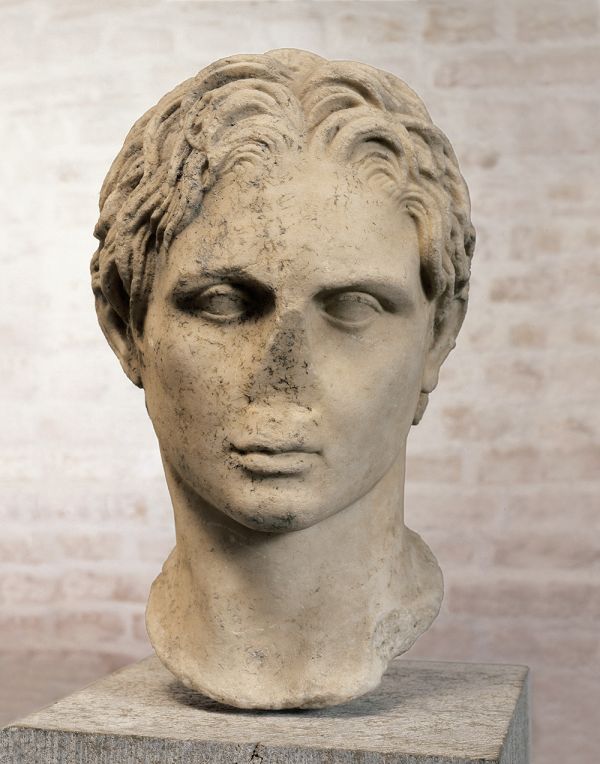 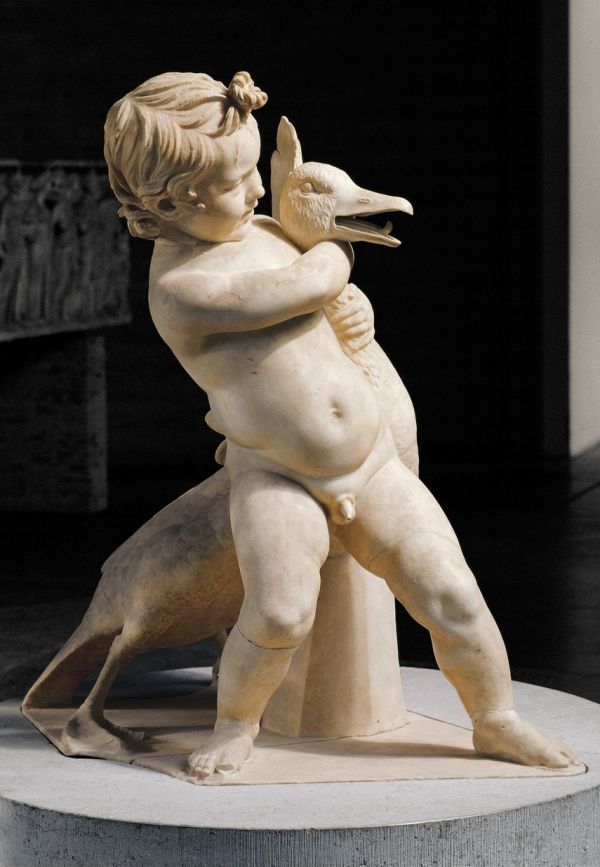 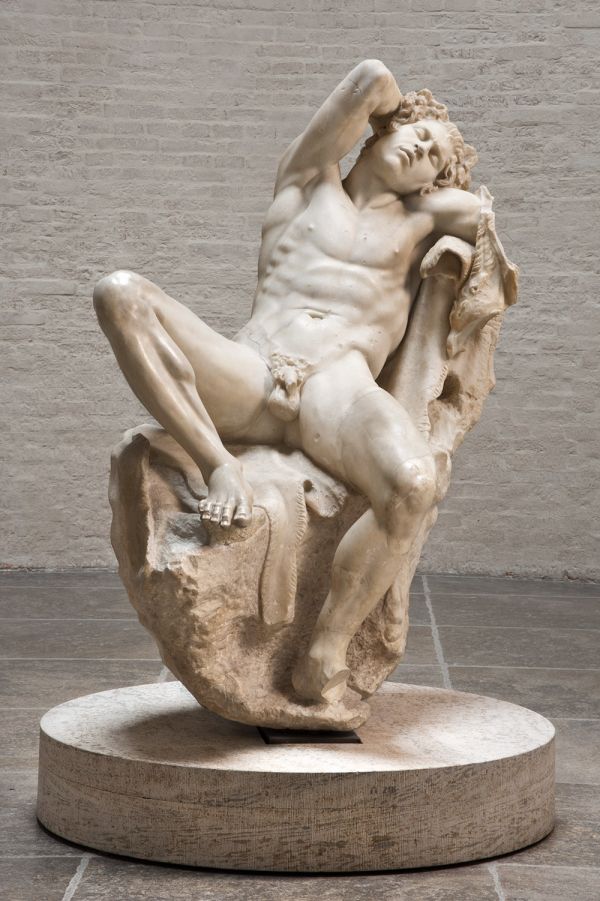 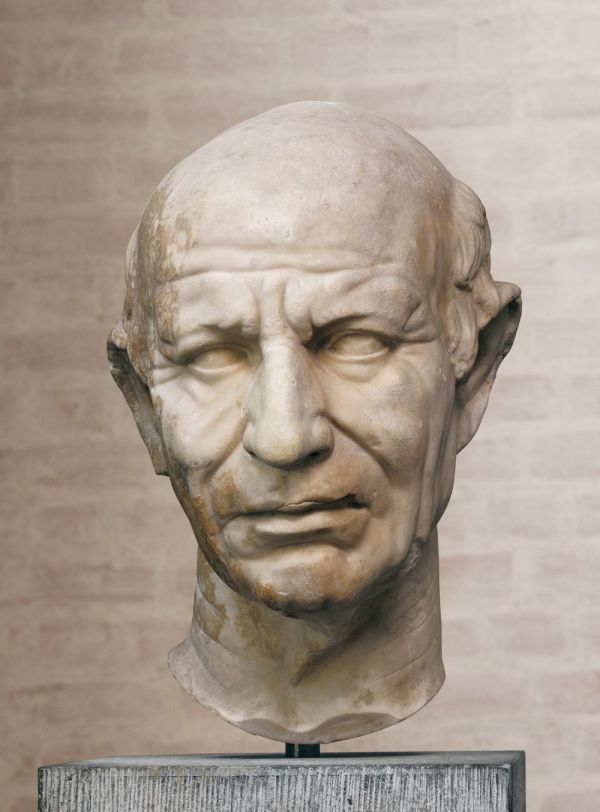 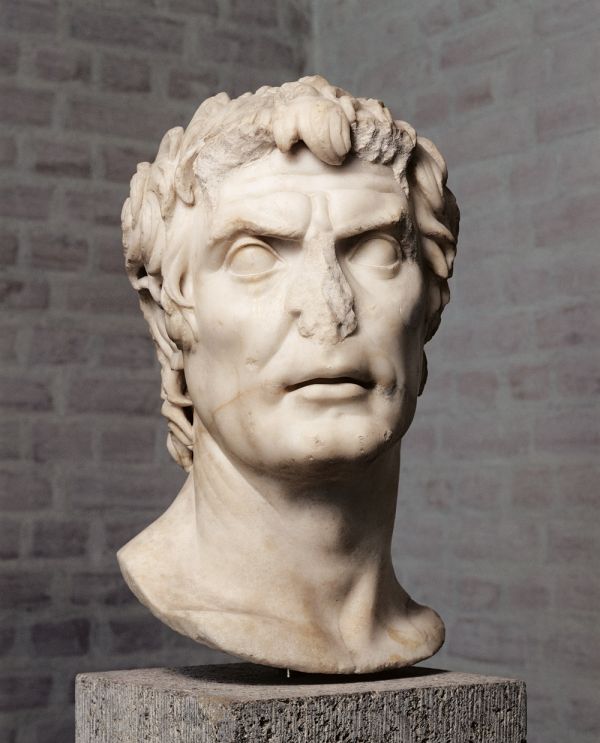 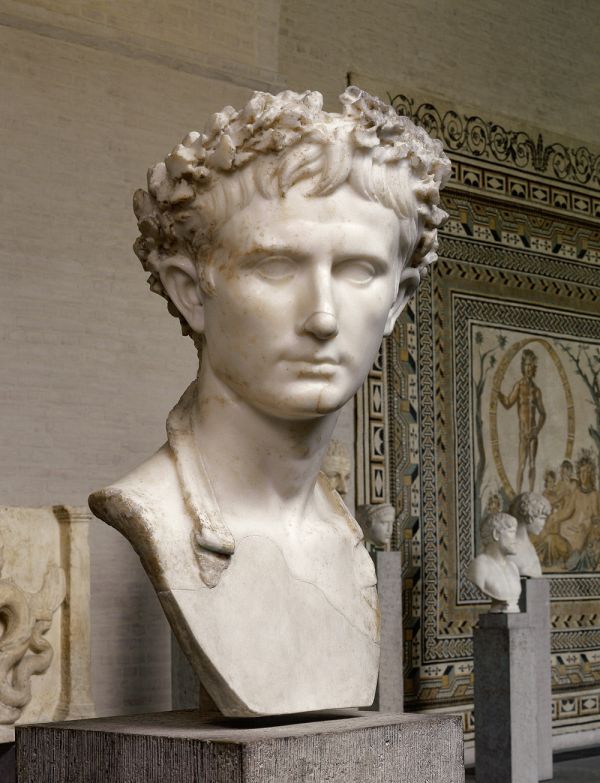 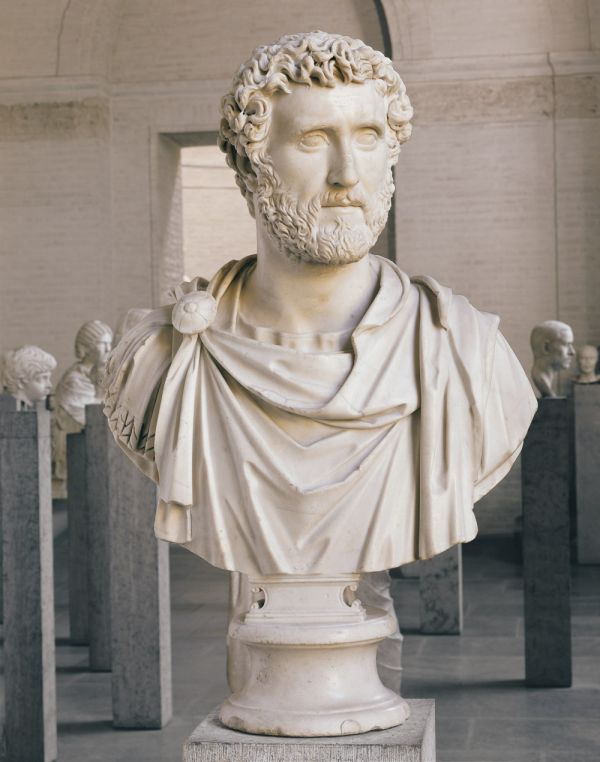 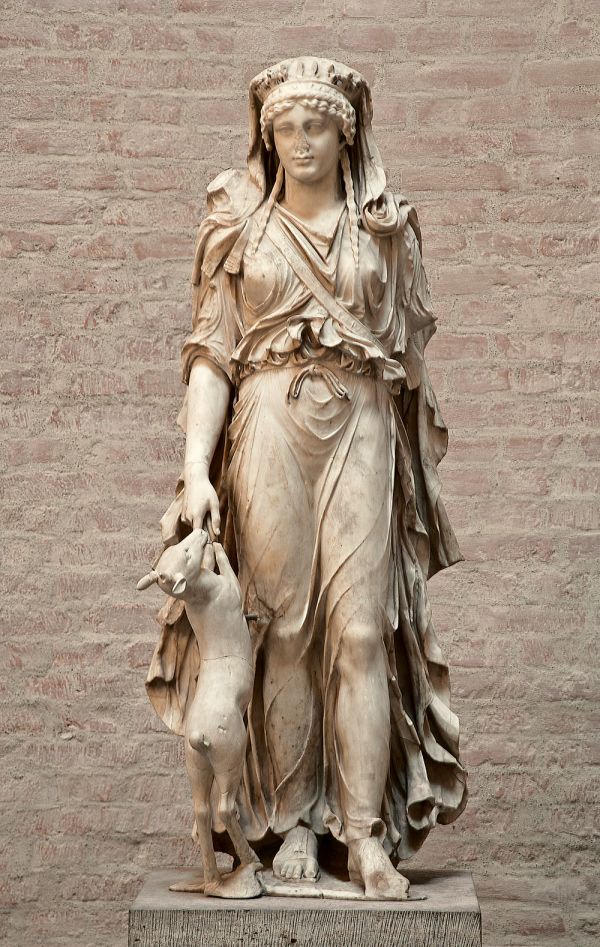 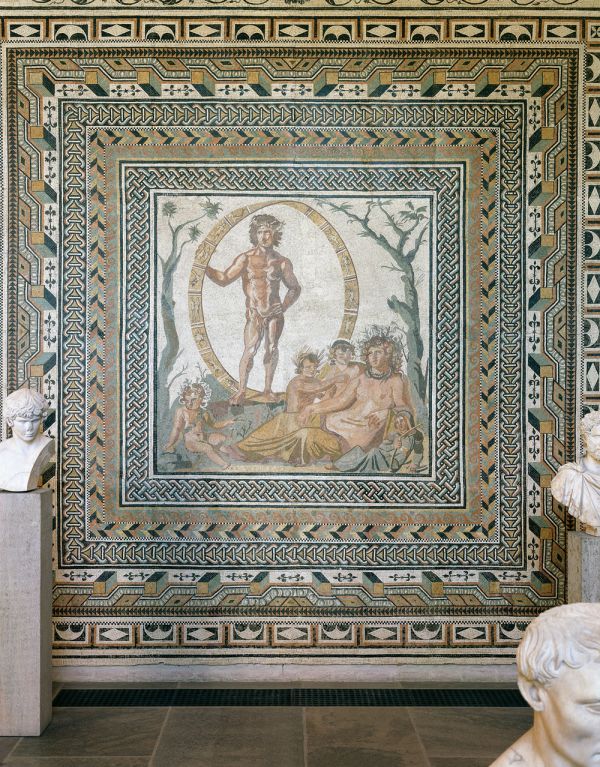 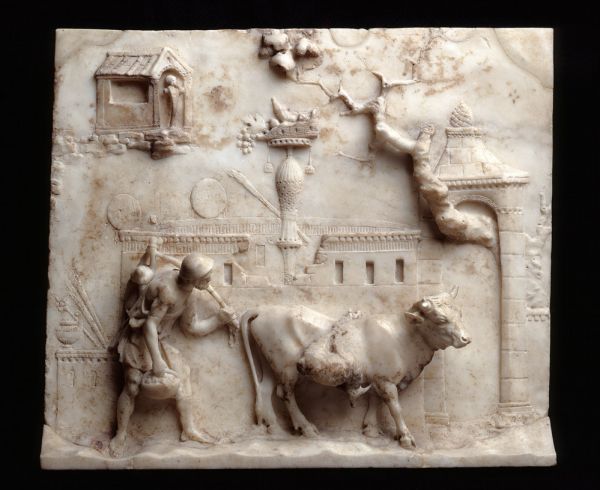