Under the Roof of Athena. A sculpture school in the school for sculptors
Location : Glyptothek
Exhibition Catalogue Current Exhibitions Archive Exhibitions

The entablature of the entrance hall of the Glyptothek, itself reminiscent of a Greek temple, is crowned with a figured pediment. The centre acroterion formed like a lyre in which an owl is sitting points to Apollo and Athena and at the same time to the function of the building: a temple of the muses in Athens on the Isar. The pediment sculptures elaborate further on the educational intent. In the centre, Athena Ergane as bringer of culture and patron of handicraft, holds her protecting hand above the clay sculptor, the metalworker, the decorator and the sculpture painter to her right and the brass founder, the stone sculptor, the wood carver and the pottery maker to her left.

The iconographic programme of the pediment demonstrates that for Ludwig I this was more than just an exhibition building for his sculptures. The museum was meant to serve not only the art of the past, but also stimulate and promote contemporary home-grown art. It was Ludwig's intention that artists and craftsmen alike emulate the ancient works.

It stands therefore to reason that the students of Munich's Municipal College of Woodcarving in Luisenstraße orientate themselves towards the outstanding collection of Greek and Roman portraits when they are given the task of creating an accurate likeness of their fellow students. On display at the exhibition "Under the Roof of Athena" there are 23 plastic and sculptural portraits in materials such as plaster, clay, wood and stone as well as 20 graphic studies that were developed in the graduating classes over the past four years. 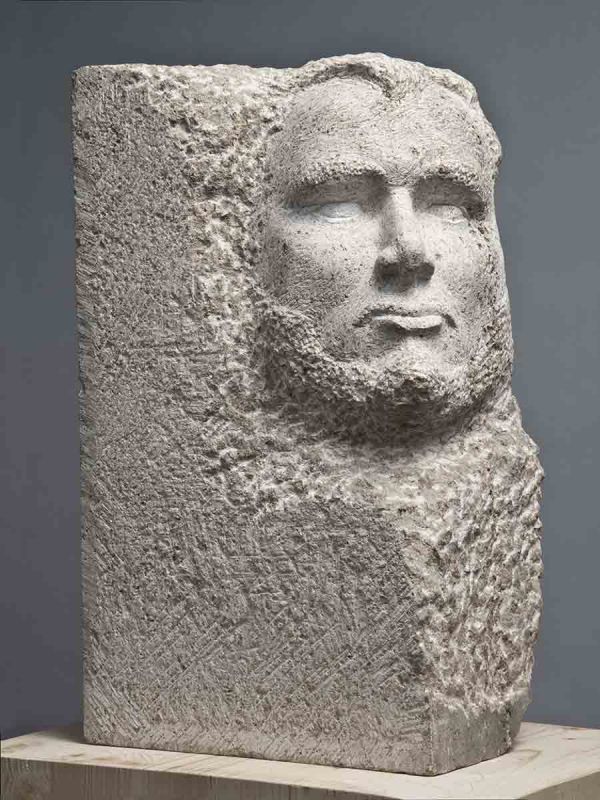 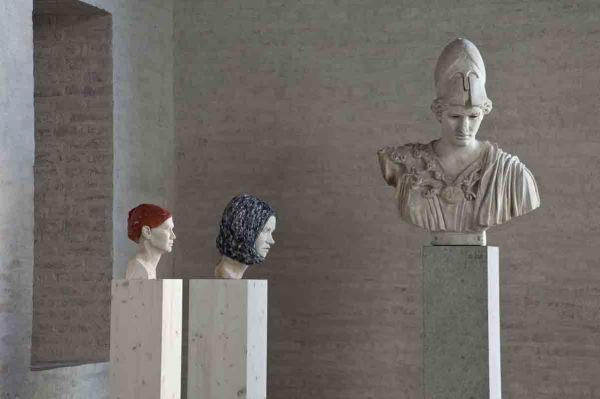 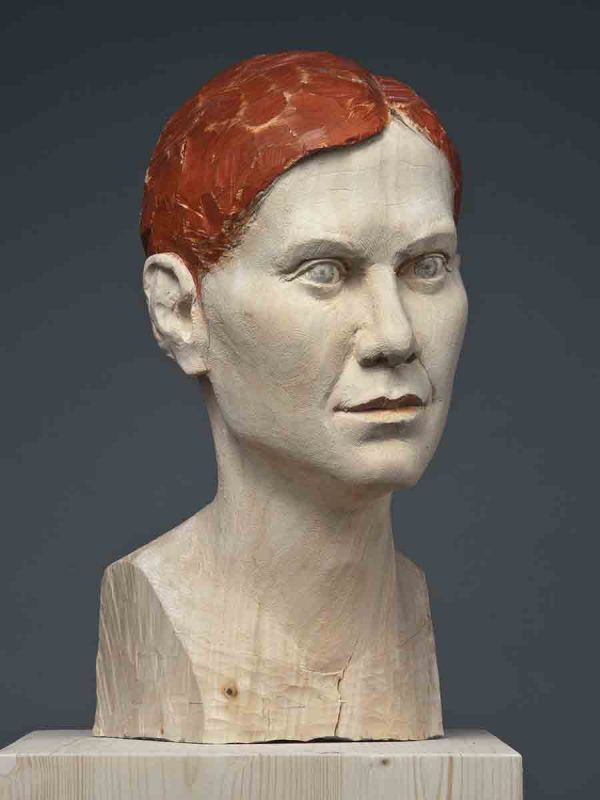 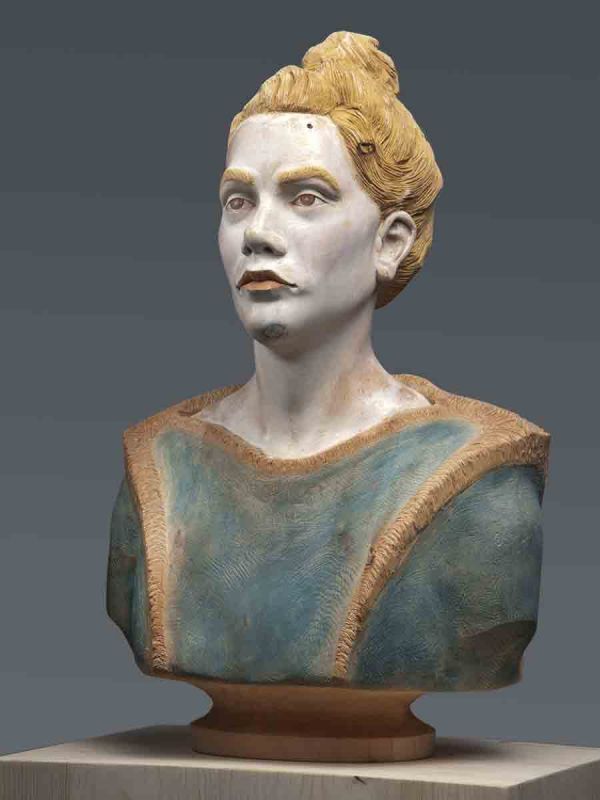 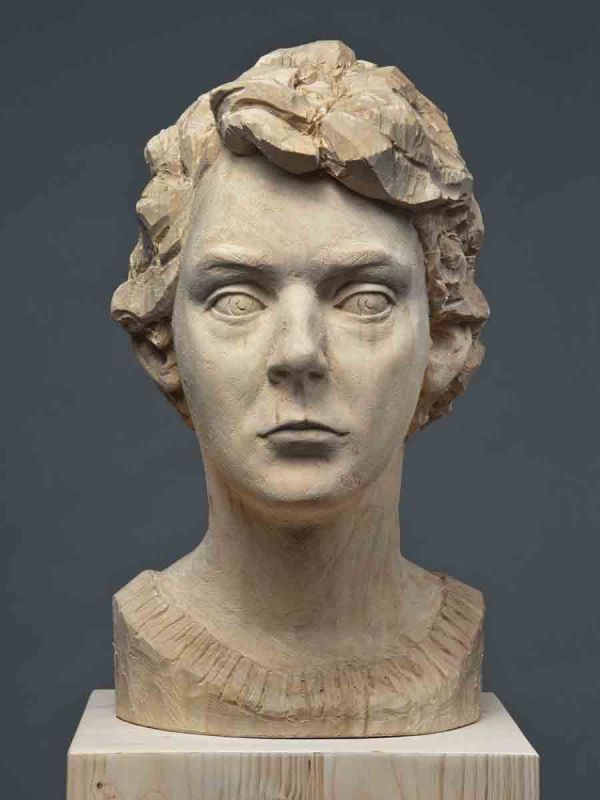 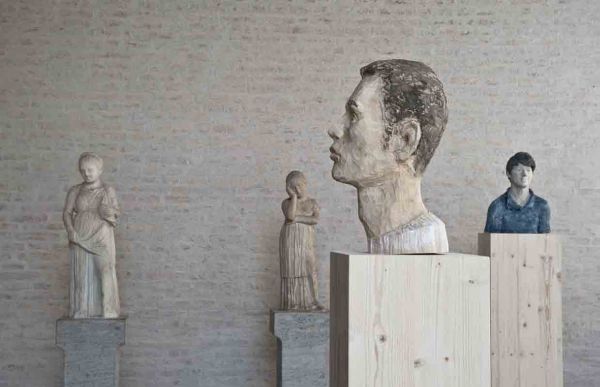 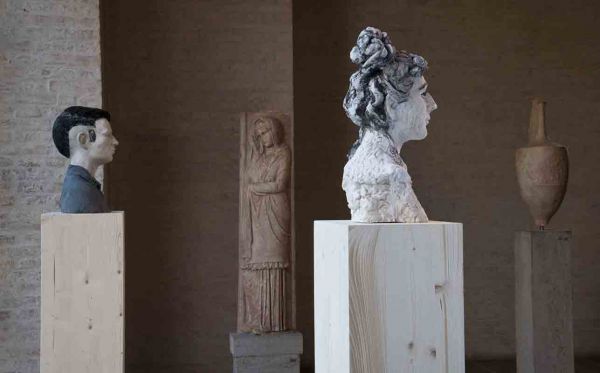 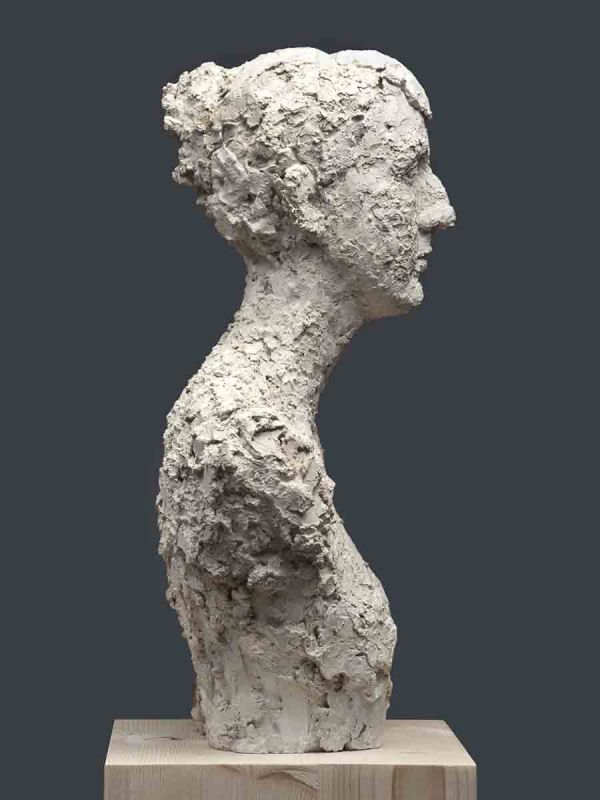 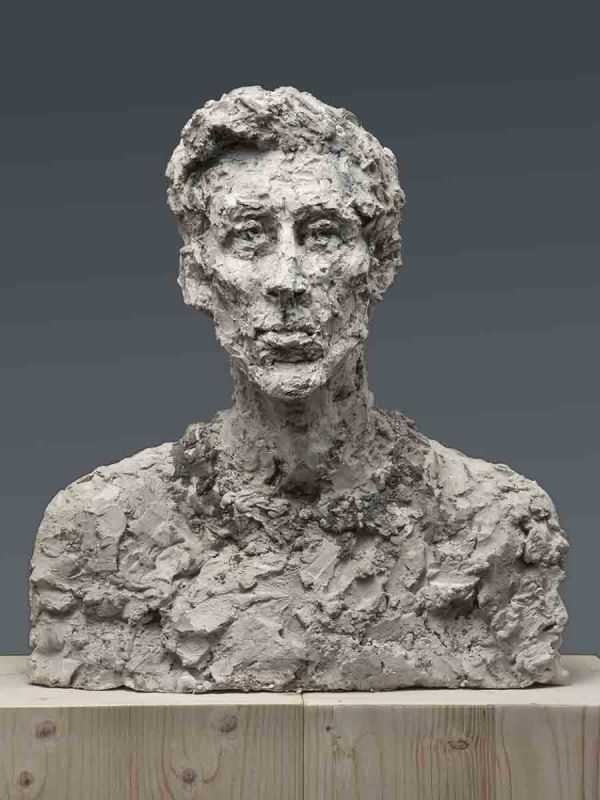 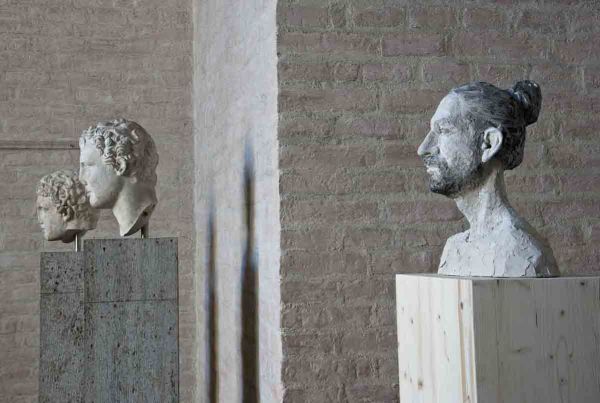