In exhibiting the wood sculptures by the artist Andreas Kuhnlein, the Glyptothek carries on the tradition it has cultivated for more than 40 years of exhibiting contemporary works next to the Greek and Roman sculptures in the light-flooded halls of the museum. In doing so it is not just about juxtaposing Classical Antiquity and the modern age. Instead the newly created works are meant to grapple with the ancient masterpieces both in content and form.

Andreas Kuhnlein never attended a sculpture school or an art academy; he taught himself. Thus he neither had teachers to give him guidance nor does he follow the Zeitgeist. The beholder immediately senses that the person at work here comes from the real world. After his journeyman years as a carpenter he worked for the Federal Border Guard, where he was confronted with counter-terrorism and anti-nuclear demonstrations and where he patrolled the GDR border. Then he took over a farm, working again on the side as a carpenter, and here he discovered art. He has worked as a self-employed sculptor since 1983.

The title of the exhibition Fissured Classical Antiquity points to Andreas Kuhnlein's idiosyncratic way of working. Wood is the material that suits him best. Here he develops his distinctive signature where he ultimately eschews meticulous processing of the surface, and instead "fissures" the sculptures with a chainsaw and then scorches them. An eroded surface thus emerges. In addition to the massive incisions made by the chainsaw, the material also gives rise to cracks caused by drying and shrinkage.

Andreas Kuhnlein's wood figures technically represent a radical alternative concept to the Greek and Roman sculptures in the Glytothek with their perfect surfaces. His sculptures sheer cry out their emotions, their pain, their grief and their despair, while the ancient sculptures are seemingly putting on a brave front. But the ancient art does not represent an ideal world either. On the surface, the bronze and marble sculptures often appear to be ideal, but the abyss is not obscured in the ancient world. The fate of Marsyas or Sisyphus as well as many other heroes allegorises human anguish.

And there is more that links Andreas Kuhnlein with the ancient world. Like the Greek sculptors before him, he concerns himself first and foremost with man himself, with the fundamental questions of life. Sometimes he deals with the stages of human life, sometimes he grapples with the historic figures. Here he is grappling with the figures from Greek myth. His "maimed" wood sculptures stand in equal measure for the brutality but also for the vulnerability of mankind. In contrast to the sculptures made of bronze and marble, impermanence is already inherent in the material that Kuhnlein uses for his figures. 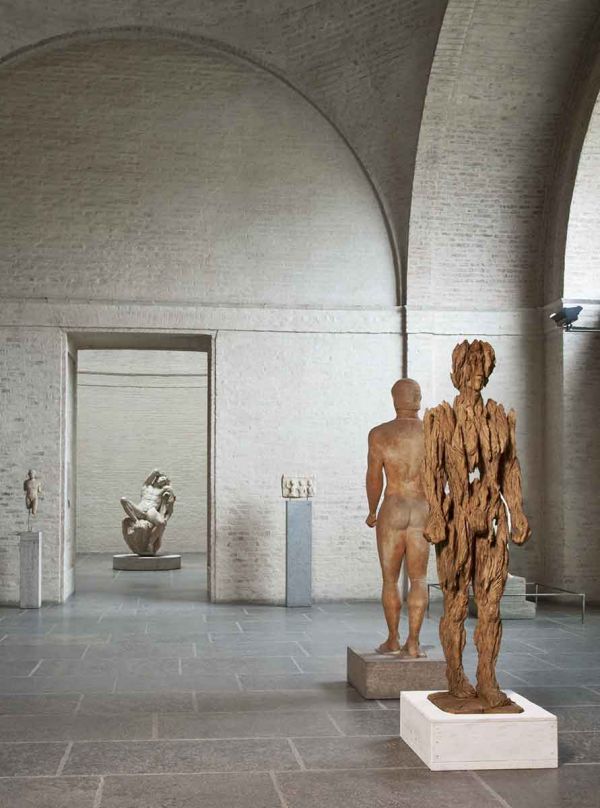 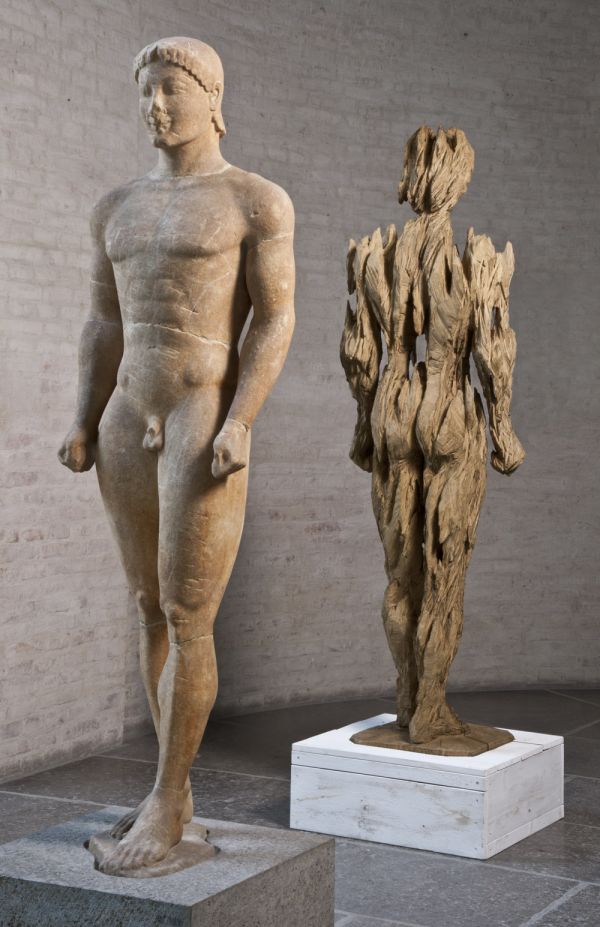 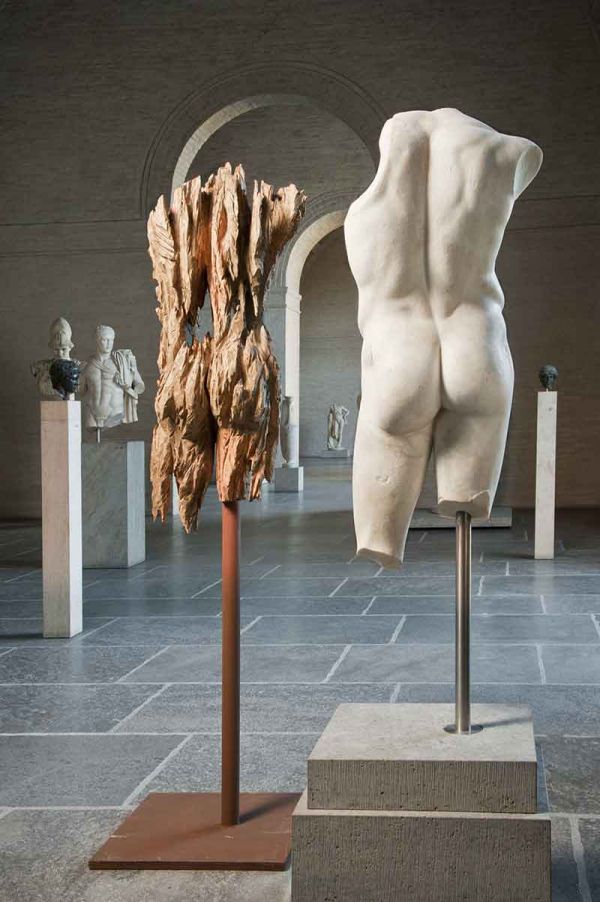 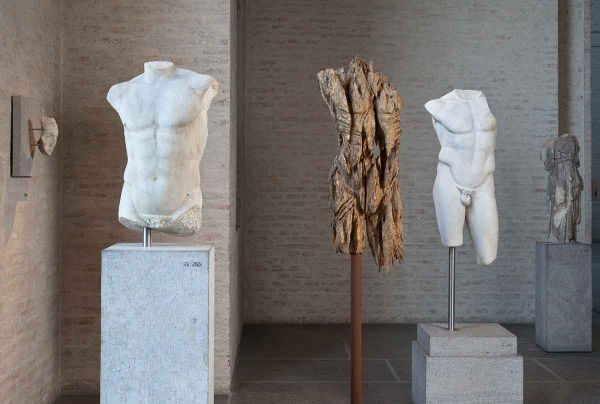 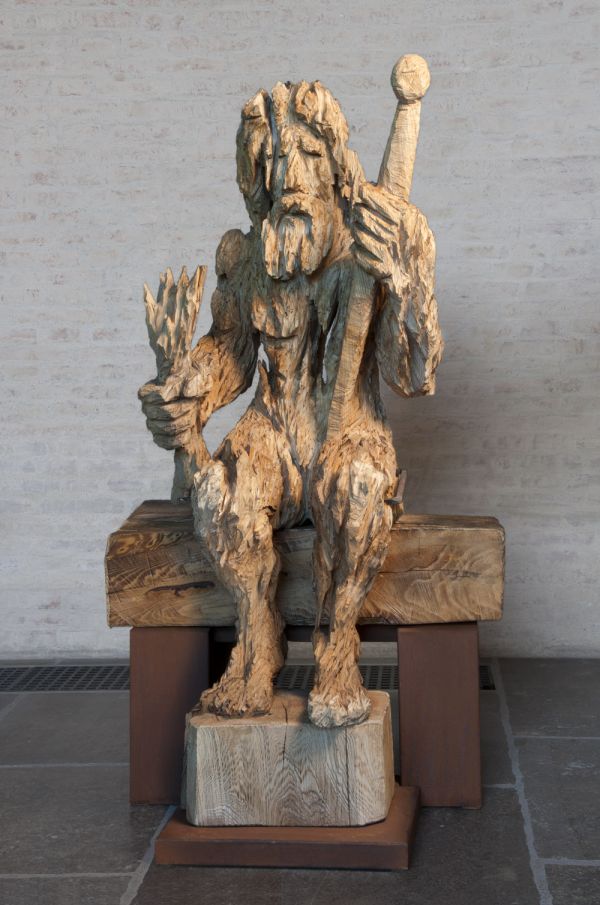 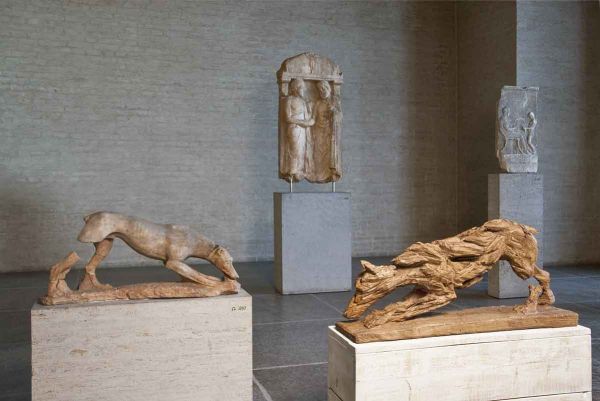 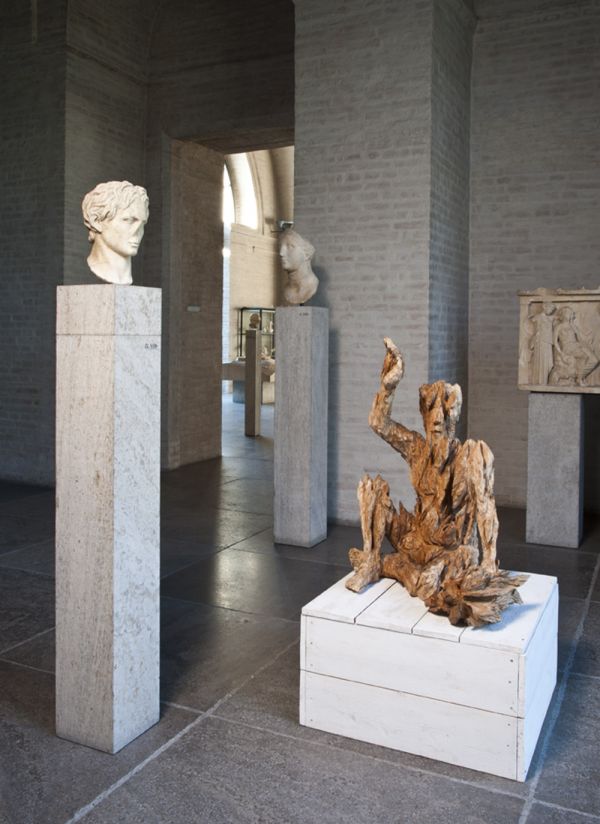 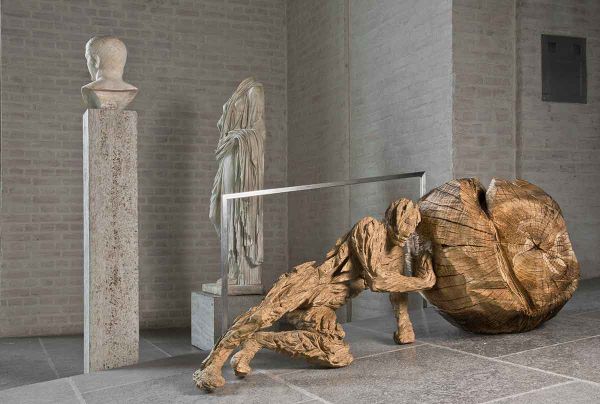 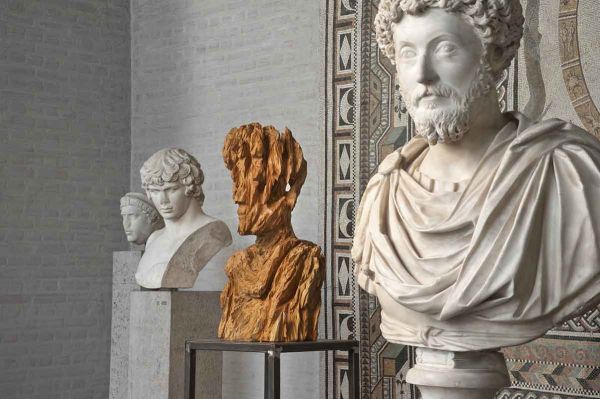 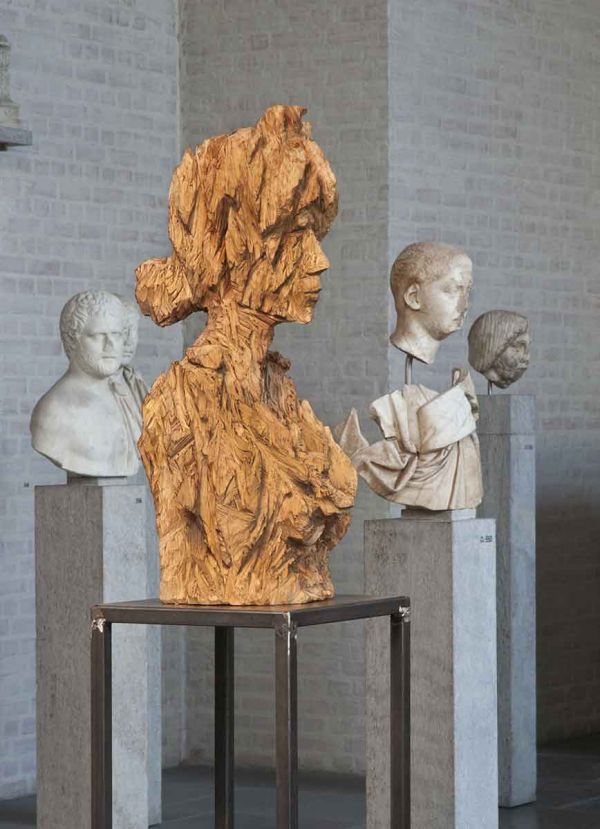 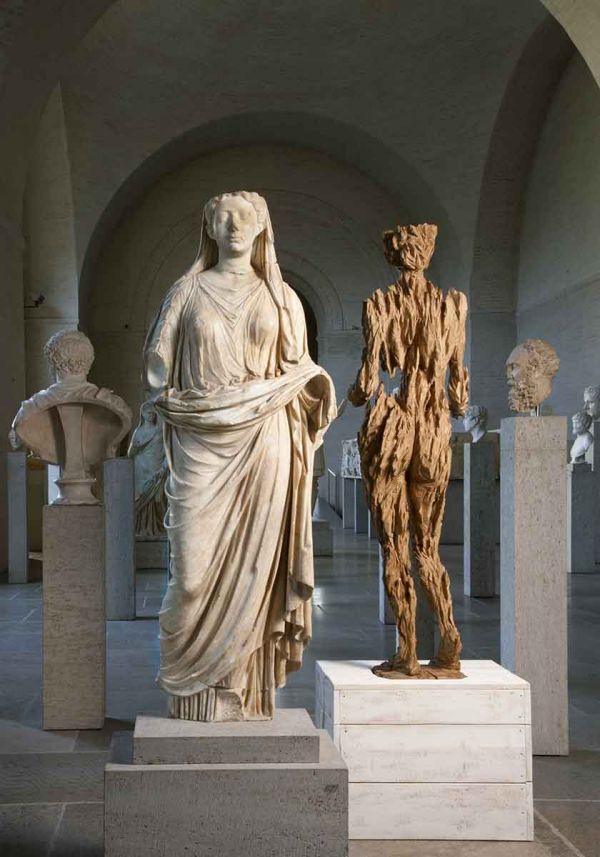 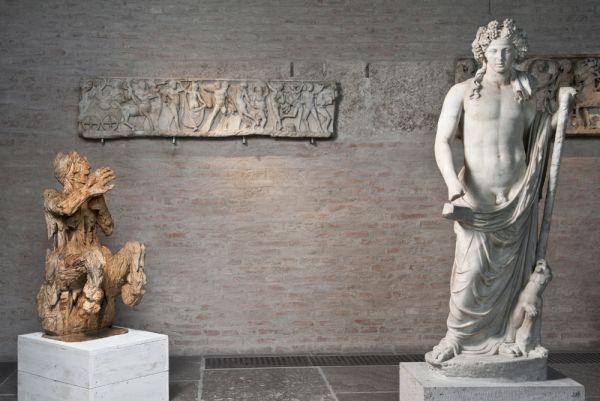 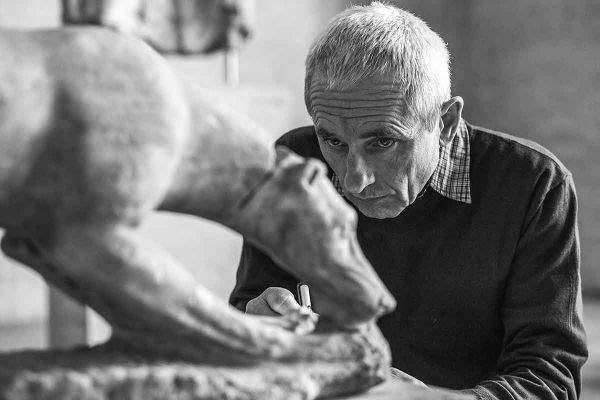 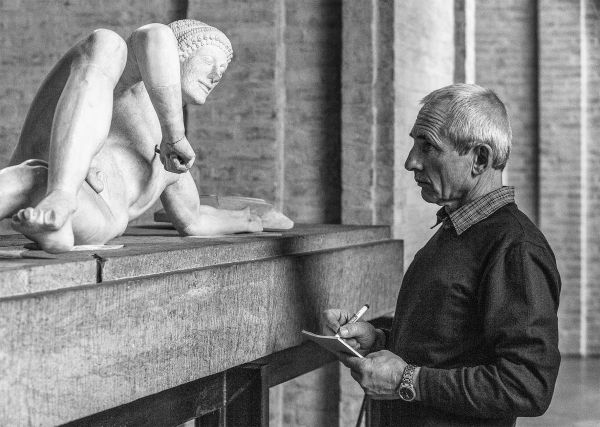 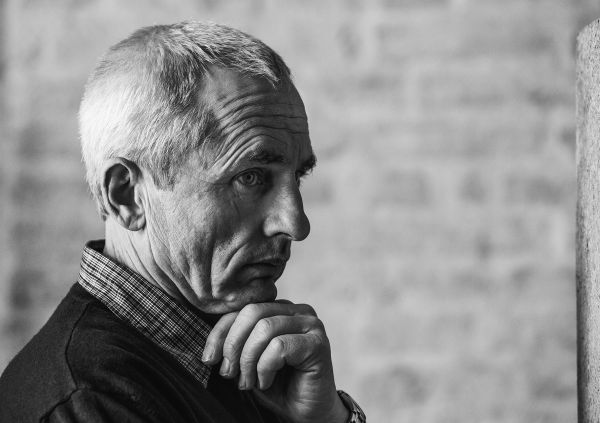